Home News Arrested by the authorities, but the Chinese Christians can still memorize entire Bible in them heart
News

Arrested by the authorities, but the Chinese Christians can still memorize entire Bible in them heart

In efforts to stunt the rapid growth of Christianity in China, authorities throughout the country have shuttered a number of prominent house churches and arrested Christians for worshiping without the approval of the government.

Chinese Christians imprisoned for their faith are seen to be memorizing Scripture passages smuggled to them on small pieces of paper because prison guards “can’t take what’s hidden in your heart,” one former prisoner revealed.

Wayne Cordeiro, pastor of New Hope Christian Fellowship in Honolulu, Hawaii, recently shared an experience he had on a trip to China, where the church went to train leaders.

Wayne shared how 22 Christians from the Hunan Province took a 13-hour train ride to attend the leadership training held at a 700-square-foot hotel room. Out of the 22 Christians present, 18 had been imprisoned for their faith, the pastor revealed.

“If we get caught what will happen to me?” Cordeiro began by asking.

“Well, you will get deported in 24 hours, and we will go to prison for three years,” the Chinese Christians responded.

After beginning his lesson, the pastor realized he only had 15 Bibles to pass around, so seven people went without.

“I said, ‘turn to 2 Peter 1, we are going to read it.’ Just then one lady handed hers to the person next to her, and I thought ‘hmm interesting,’” he recalled. 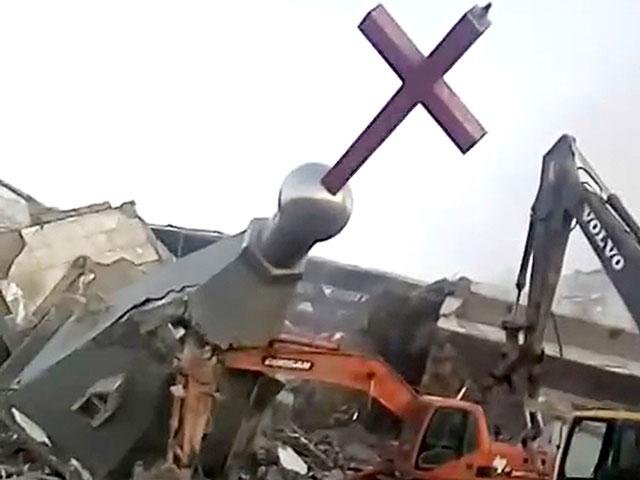 As the Christians began reading, he quickly realized why she had given her Bible away: she had memorized the whole book.

“When it was done, I went over to her at a break and said, ‘You recited the whole chapter,’” he said. She replied, “In prison, you have much time in prison.”

“Don’t they confiscate the Bible?” he asked.

She said that while any Christian material is indeed confiscated, people smuggle in scripture written on paper and hide it from the prison guards.

“That’s why we memorize it as fast as we can because even though they can take the paper away, they can’t take what’s hidden in your heart,” she explained.

Following the three-day training session, one Chinese Christian man asked Cordeiro, “Could you pray that one day we could just be like you?”

“I looked at him and said, ‘I will not do that,’” he replied. “You guys road a train 13 hours to get here. In my country, if you have to drive more than an hour, people won’t come.”

“You sat on a wooden floor for three days. In my country, if people have to sit for more than 40 minutes they leave. You sat here for not only three days on a hard wooden floor, in my country if it’s not padded pews and air conditioning, people will not come back.” 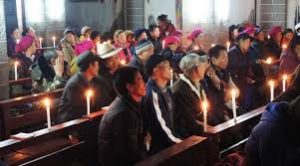 China has seen explosive growth in the number of believers over the last several decades. Estimates have even suggested that China is on track to have the largest Christian population in the world by 2030.

About 30 million Christians in China are estimated to attend state-sanctioned churches while many others attend illegal underground house churches that are not registered with the government.

The Bible remains intact in a violent tornado, even though the house and everything are swept away

The Kingdoms And The Rapture – Charles Lawson

My Chains are broken! (WGIB.org)

Get up and Walk! (WGIB.org)

The Biblical View of Abortion

God will direct your steps (WGIB.org)

How To Know We Have Lived As Christians...

Faith In God Is Our Shelter In Uncertain...

What Do You Receive From God’s Care?

I will give you a new heart (WGIB.org)